This was our last Storytime of the fall session. Since we're closed on a couple Wednesdays in December and I've already been doing this for 12 weeks, the day before Thanksgiving was a good stopping point. We'll pick back up again when school starts, the first week of January.


1) I use the same opening and closing songs each week. Click here to see what I do. 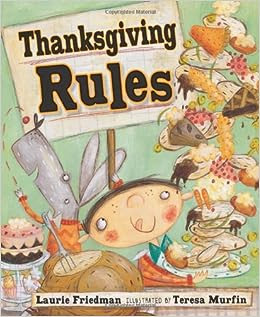 A fun what-to-expect-at-Thanksgiving book. I didn't read the "extra" sentences and list of rules on the pages, just the basic story.

3) Hello Mr. Turkey
Tune: If You're Happy and You Know It

I'm a little turkey, my name is Ted
Here are my feathers, here is my head
Gobble gobble gobble is what I say
Quick! Run! It's Thanksgiving Day! 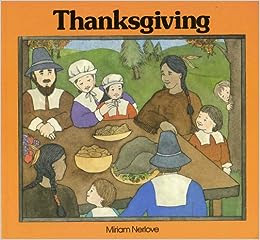 I wanted to include a book that told the story of Thanksgiving, since the majority of the kids weren't in school yet and had probably never heard of the Pilgrims and Native Americans. This was the best one I could come up with, it was published in 1990 so some of the pictures were a bit dated. If anyone else knows of a better non-fiction Thanksgiving book for preschoolers let me know!!

8) (10) Little Turkeys
I had a handful of stick puppet turkeys that I handed out to the kids. They stood in a line while we said the rhyme. I'd point at one kid during "one little turkey flew far away" and they would bring fly their turkey up for me to take. I have "ten" in parentheses because it doesn't really matter how many turkeys you start with! 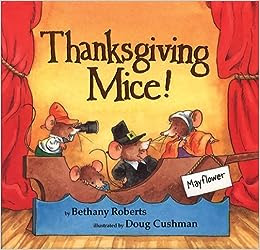 A simple re-telling of the Thanksgiving story. I don't think my kids really got the concept of the mice doing a play to tell the story though.


10) I use the same opening and closing songs each week. Click here to see what I do.

11) Playtime/Craft
I brought out the blocks and instruments again. For the table craft I had cardstock with this little poem printed on the bottom:

This isn't just a turkey, as anyone can see
I made it with my hand, which is a part of me.
It comes with lots of love especially to say
I hope that you have a very
HAPPY THANKSGIVING DAY!!!

The kids traced their hands (or had their grown-up help) then colored their turkeys, and chose someone to give it to the next day at Thanksgiving. 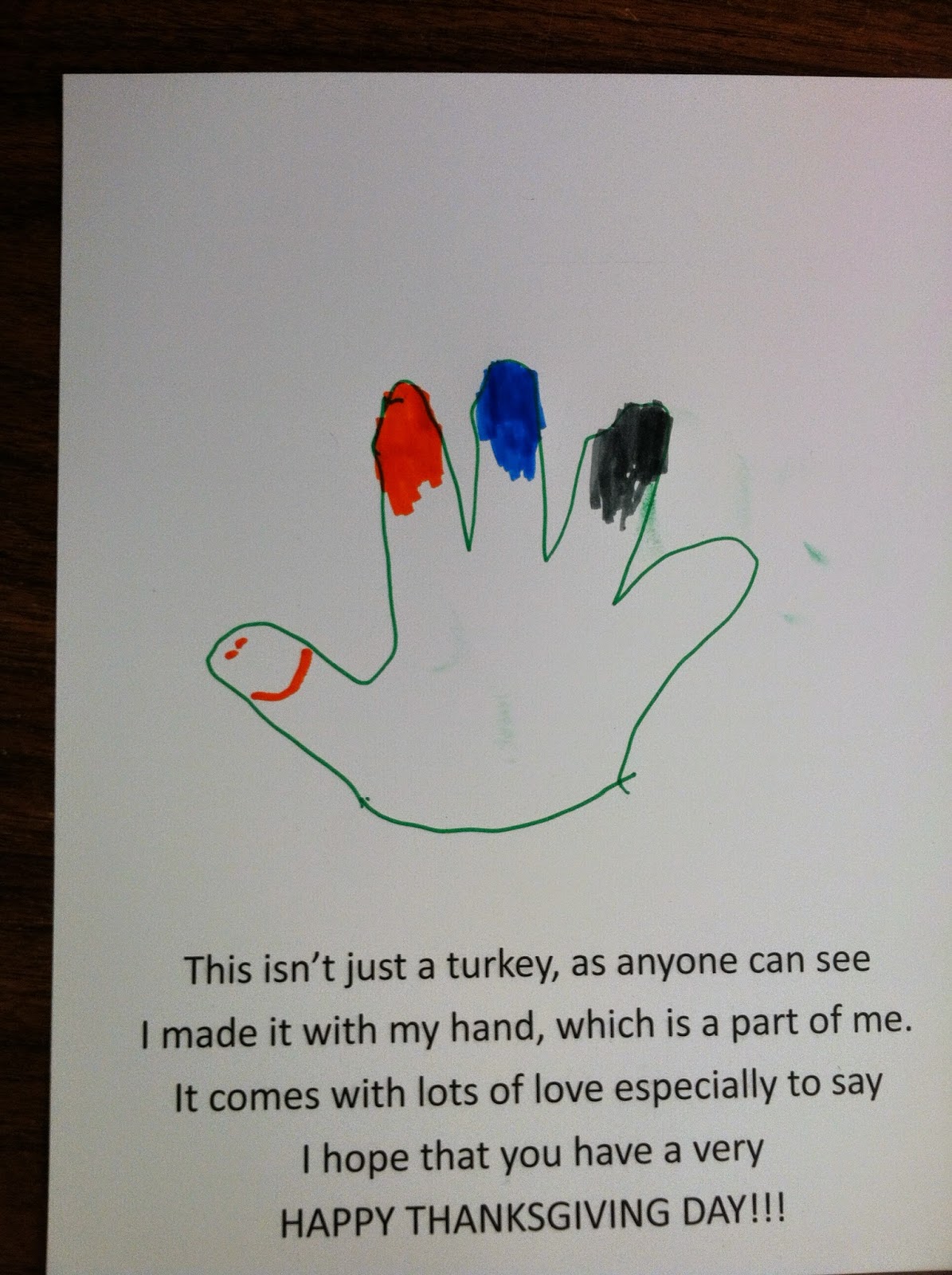 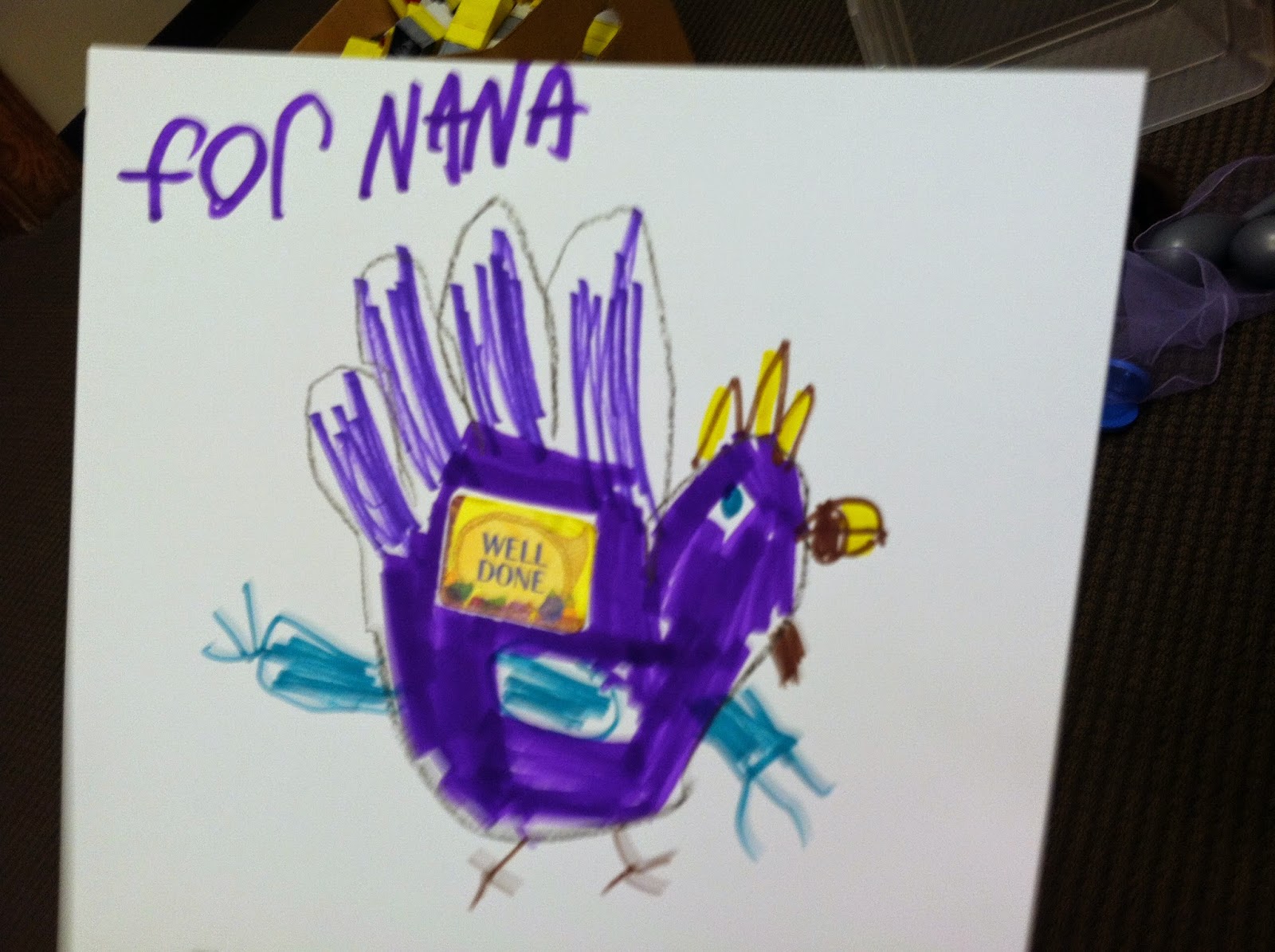 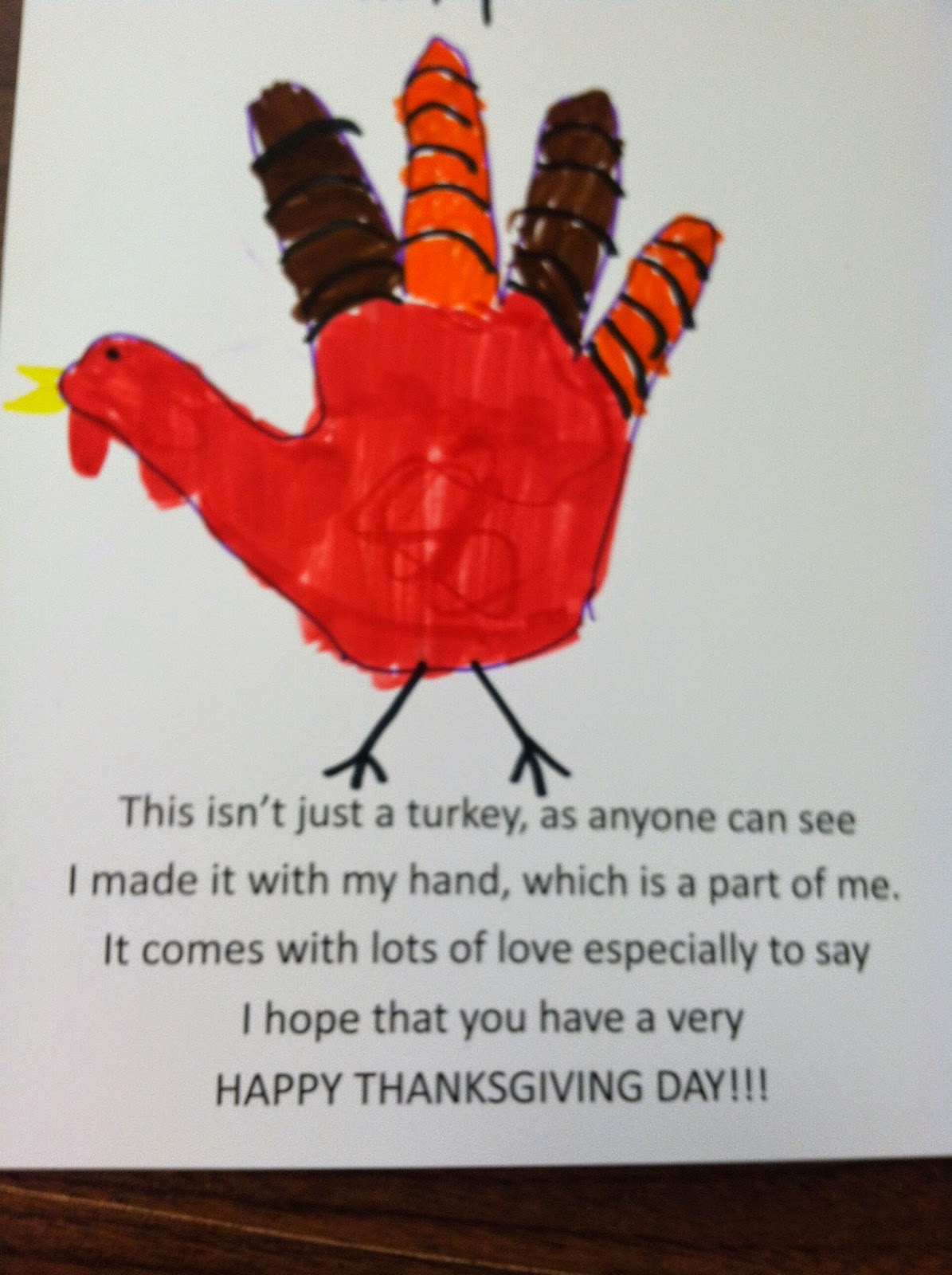 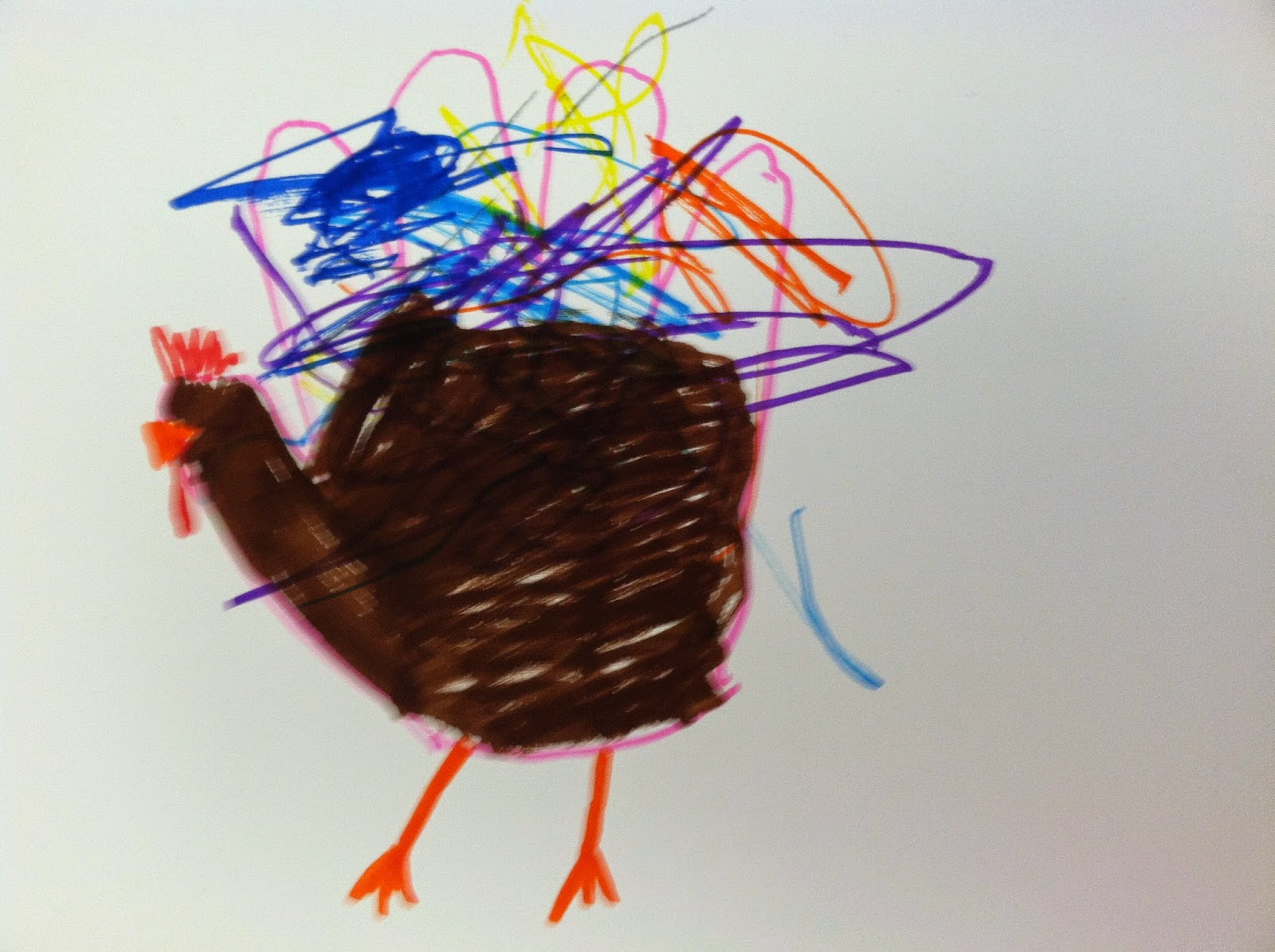 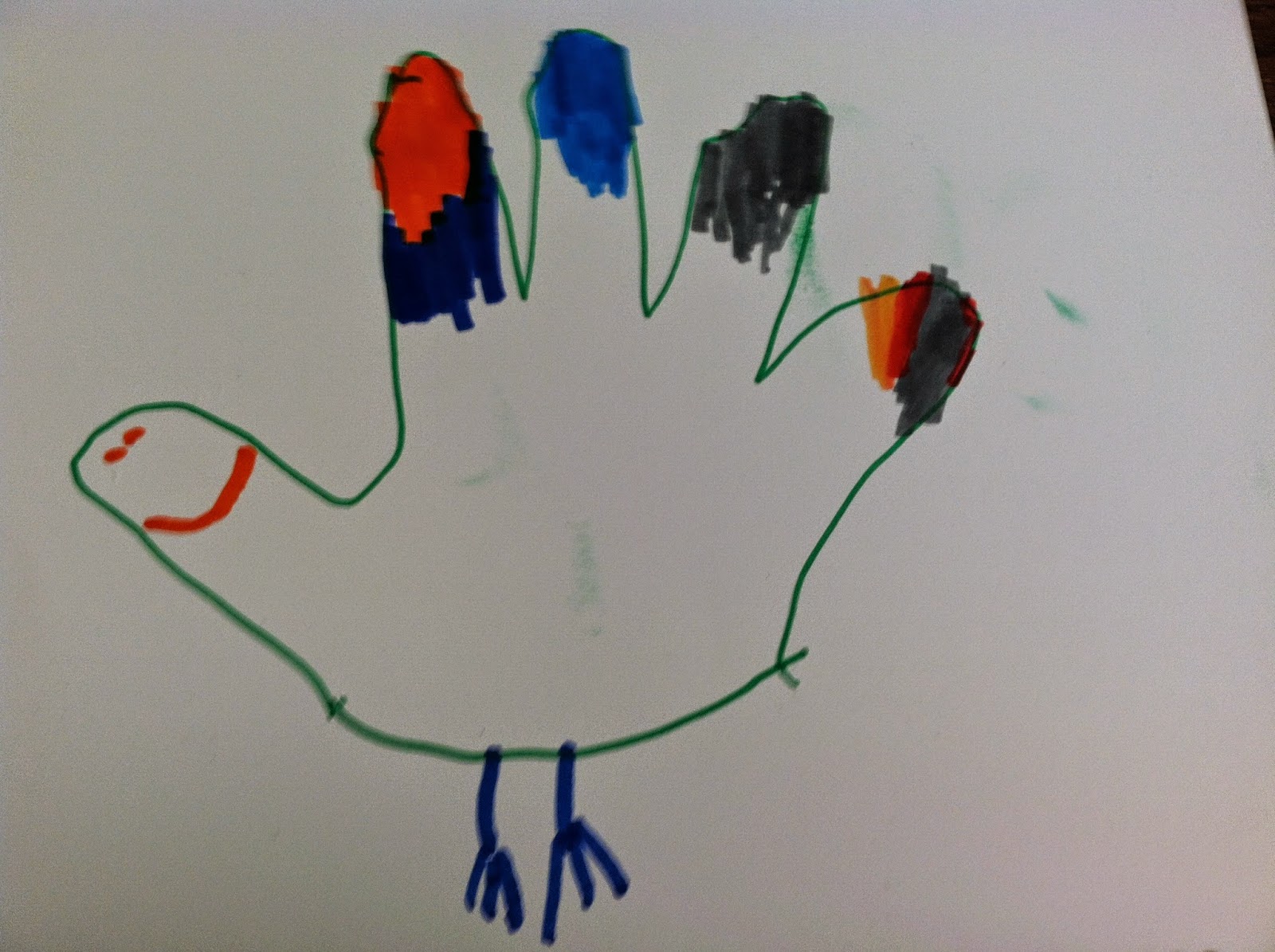 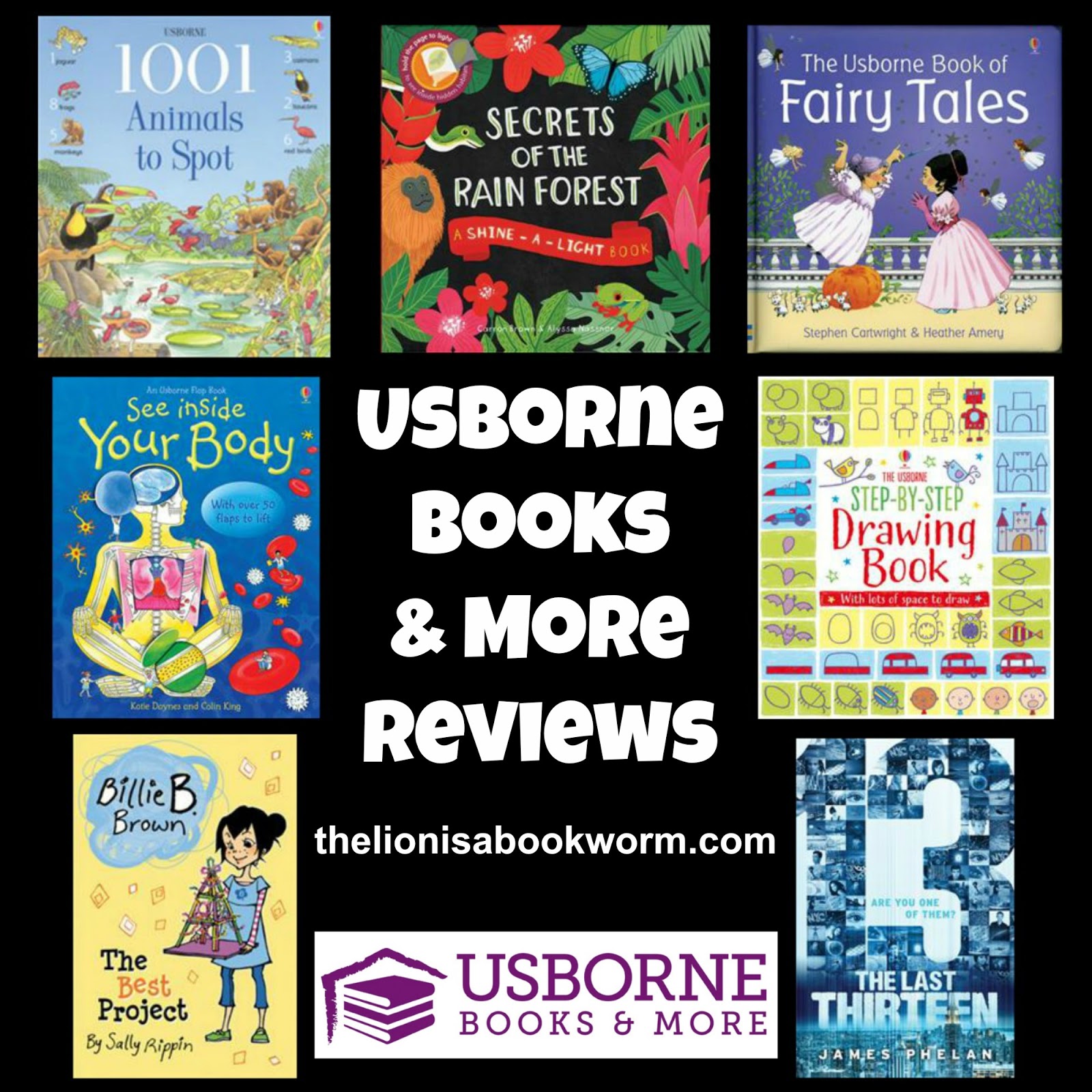